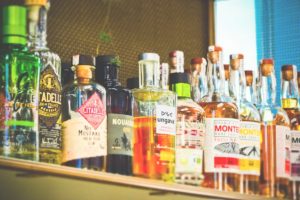 Researchers from the Institute of Optoelectronic Systems and Microtechnology (ISOM) of the Polytechnic University of Madrid (UPM) have developed an optical sensor that can reliably discriminate ethanol from methanol by simple optical means. In addition, the sensor provides a response in less than five minutes and its manufacture is based on materials and components that can be purchased without difficulty at a low price. The sensitive element of the sensor is a simple piece of heat, which, once used, can be easily replaced by a new one thanks to its adhesive properties and easy handling, with minimal cost. This is an advantage over other more sophisticated, expensive and bulky instrumentation in applications that require field sample analysis.

The vapor detector consists of a piece of transparent heat, the adhesive side of which is exposed to the vapors of the alcohol sample to be analyzed. The material the heat is made of responds to contact with the vapors by swelling, but it does so differently depending on whether the steam is methanol or ethanol. The swelling of the heat is detected by going through it with a light beam, such as that generated by a laser pointer, and measuring the power of the transmitted light with a photodetector that converts the optical power into an electrical signal. The physical change experienced by heat as a result of its exposure to vapors affects the light that passes through it. In this way, the electrical signal from the photodetector provides information on the nature of the alcoholic vapor analyzed.

The optical sensor could be used to detect alcoholic beverages adulterated with methanol. “Methanol and ethanol are volatile, colorless and chemically very similar liquids, but the former is more toxic. It is also cheaper, which leads unscrupulous people to counterfeit alcoholic beverages by substituting ethanol for methanol for profit, despite the serious health consequences that this entails ”says Carlos Angulo, member of the ISOM-UPM e inventor of the device. Discrimination against methanol and ethanol is therefore relevant from both an economic and a public health point of view, and the sensor developed by UPM researchers could help this.